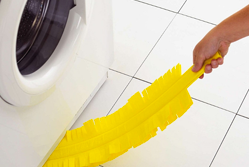 Necessity was the mother of invention for Helen Daniels of Little Thurlow near Newmarket in Suffolk. To remove dust from under her TV, she created a pioneering duster from materials she found at home. Soon she had formed a business and was selling large volumes of her Flatmate Duster™ through the likes of Lakeland and John Lewis

"My husband's a gamekeeper and loves his job, but it's not well paid. To supplement our income after getting married and having children, I did interior design and painting and decorating part-time.

"One day I was tidying my home and noticed a build up of dust underneath the TV. It was almost impossible to clean unless I picked up the TV, which was heavy, so I wrapped a duster around a ruler, which was only partly successful. I decided to create something that would do a better job.

"I cut to shape a piece of curtain interlining and made a handle from electrical conduit to create a paddle-style duster. After a few modifications it worked a treat. I was confident other people would want to buy one, but I needed to check whether any similar products existed. I looked through catalogues and visited shops, but there was nothing. My son recommended I patent my idea.

"You should seek legal advice when registering a patent. It costs a fair bit - I paid about £600 when starting up - much more since then. The banks wouldn't lend me any money and because my husband was a gamekeeper, we lived in a tithe cottage, which meant we couldn't raise any capital against our home.

"I became really good at buying from car boot sales and selling on at a profit. I once bought a vase for £1 and sold it for £360. I also started to buy and sell at antique fares and that raised about £2,500, money that helped get my business off the ground. It cost us about £12,000 in all, so we had to make many sacrifices, including not really having a Christmas one year.

"The patent registration went through quickly. My local business support organisation gave me a lot of assistance when I was starting my business - they were unbelievably helpful. I sourced fabric from Germany, got a company to make the spines and we assembled the product in our house. Because I had to bulk-buy, I had enough fabric to make 10,000 dusters. There were 15 huge rolls of fabric stored in my house!

"I made a few hundred up and contacted some large retailers, but the response wasn't very good. A friend suggested I contact Lakeland, the kitchen and cookware retailer. I phoned them and was told to send in a sample. I didn't hear anything back for months. In the meantime, I took a job as a factory supervisor.

"Then, out of the blue, I received a phone call from Lakeland's merchandising buyer, who had literally just plucked my product out of a bin in her office. She was really impressed, wanted to stock it and said she'd send me a stock contract.

"The first order from Lakeland was for 250 units a month for six months and I was delighted because I thought, 'At least we'll get back the money we've invested'.

"I carried on with my factory job and one day my husband called to say there was a 'bit of a crisis'. He reassured me that no one was hurt or ill, but when I got home he told me Lakeland wanted 5,000 more dusters - immediately.

"We panicked, but friends and family mucked in by helping us to prepare more orders. I was doing 18-hour days, it was exhausting, but we did it. In fact, pretty soon we'd made another 12,000 dusters.

"We couldn't carry on that way, so we sourced a company that would make the stock for us. Their quality didn't live up to my expectations, so I found another company in Leamington Spa and we've been with them ever since.

"Lakeland have been excellent - we've sold many thousands of units through them. In fact, the Flatmate Duster became their third-best seller ever. For a while my products were available at John Lewis, but they ended up stocking a competitor's product, which happens. A US company created a product similar to mine, even though I thought our patent provided protection. Fighting these things can cost a lot of money.

"Large retailers usually drive a very hard bargain, but I stick to my prices - after all, I have overheads to cover. Over the years we must have had £80,000 in patent fees. Now we sell about 15,000 units a year and we've been in business since 1999, so we're doing OK. In the second year, we turned over £250,000, which was incredible. I probably should have sold the business at that point."

How I turned my invention into a business
Q&A: Patents
Q&A: Non-disclosure agreements

Take back control with professional invoicing, due date reminders, chasing and direct payment with the free app from ANNA.

Get the free app 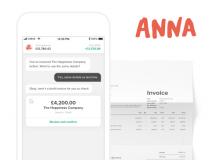 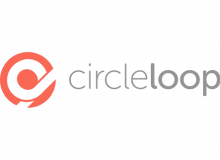