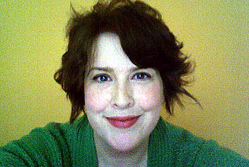 It was a problem many working mums face: how to balance a highly demanding job with the responsibility of looking after young children? For Ruth Lopardo, the dilemma led to a personal crisis, from which she emerged as a successful business woman, as she tells Mark Williams

Many of us struggle with our work-life balance, yet for those with children it can seem impossible. And the belief you're not seeing enough of your children or achieving as much in your career as you would like can give rise to feelings of guilt, shame and much darker emotions. As former corporate management consultant Ruth Lopardo discovered, these can take a severe toll on your health. "Setting up and running my own business restored my self-confidence and belief," she reveals. "You must learn and apply new knowledge in many areas, which gives you a great sense of achievement. "Love it Love it Love it is an online boutique that sells outfits for children aged nought to ten," she continues. "Our clothes are bright, colourful and attractive. We launched the website in April 2010 and I'm delighted with the response."

Initially, Ruth only sold children's clothes but as the business has grown so has her range. She now also sells clothes for adults, home accessories and stationery. In 2014, the company eventually grew out of her home office and she moved into Hoult's Yard - a collection of 18th and 19th century buildings that has been converted into a hub for creative and digital businesses.

The business is based in Newcastle, where Ruth was born. "When I was 18 I left to go to Liverpool University, where I studied psychology. I considered becoming a clinical psychologist, but my heart wasn't in it." After graduating, she temped in HR and recruitment, before moving to London to work in graduate and management development for Woolworths. "At 25, I realised I'd fallen into HR rather than wanting to do it, so it was time for a rethink. I went back to college in Manchester to study cognitive science." Soon afterwards, she joined PricewaterhouseCoopers as a management consultant. "I did that for nine years and loved it - the travelling, meeting people, working on interesting projects - exactly what I was looking for." Then in 2003, Ruth became pregnant with her first daughter, Evie. After a year's maternity leave, she returned to work. "Things changed dramatically. The life of a busy consultant just didn't fit with being a new mum.

"It's different for mothers, I think," Ruth reflects. "People make assumptions. I'd been a rising star, but not any more. It didn't seem the same for male colleagues, who'd become new dads. That said, some had to work away from their families for months on end, but thankfully, I didn't."

Ruth returned to work for three days a week, but felt enormous pressure to get through the same workload. "I agreed to another day," she adds, "but it was still tough. You're pressured by expectations on both sides. You want to be with your new child, but also do well in your career. When Evie reached three-years-old, the pressure became too much and I had to take a few months off work. I was totally stressed out."

The stress led to a period of self-doubt, during which Ruth wondered whether she would ever work again. "I felt ashamed at failing to cope with circumstances that are common for many women," she recalls. "I thought I couldn't possibly face my clients or colleagues ever again and that no employer would touch me with a bargepole.

"There didn't seem any way out and I found myself questioning my capabilities in all areas of life. I wasn't sure if I'd ever work again - it was a very low time."

Helped by the words of a friend, who advised her to "look for the joy" in life, Ruth discovered a new inspiration. "It was spring and the only thing I wanted to do was wander around taking photos of flowers. I realised what a positive effect beauty and colour had on my mood, which also helped to give me the idea for my business," she smiles.

She also became pregnant with her second child, Livia. "That really made my mind up. It was hard enough coping with one child and a career, let alone two. It was time to have a serious rethink."

A new path in life

Though she had no entrepreneurial background and had always worked for large organisations, Ruth weighed up her options. "I needed an income, wanted to see more of my children and do something I enjoyed. The idea came by accident; I needed to buy baby grows for my daughter, but those available looked drab, so I used to dye them. People used to say how attractive the results looked."

Ruth threw herself into research, found suppliers and sank her savings into the new venture. "It's really empowering to have to make your own decisions about every aspect of your work," she explains. "It's tough too, but much more preferable to the constraints you face within large organisations. "The hours are just as long - if not longer - but when I work and how is completely up to me."

In the early days, Ruth's daughters went to an after-school club and nursery two days a week, which gave her two days to dedicate to the business (although she put in much more time). "My husband, Adam, was very supportive. He's a director of a charity and luckily we were able to survive on his income.

"I could fit my work in with my family and do what I wanted to do, to 'look for the joy' instead of constantly rushing from meeting to meeting to nursery to supermarket. Now I feel like I've found the balance that so many of us are looking for.

"Starting a business was a baptism of fire. The journey from idea to launch took about 18 months and I made many mistakes, but you learn and move on. I still can't believe I've actually done it," she laughs.

Ruth is currently taking a break from work due to poor health (February 2020).