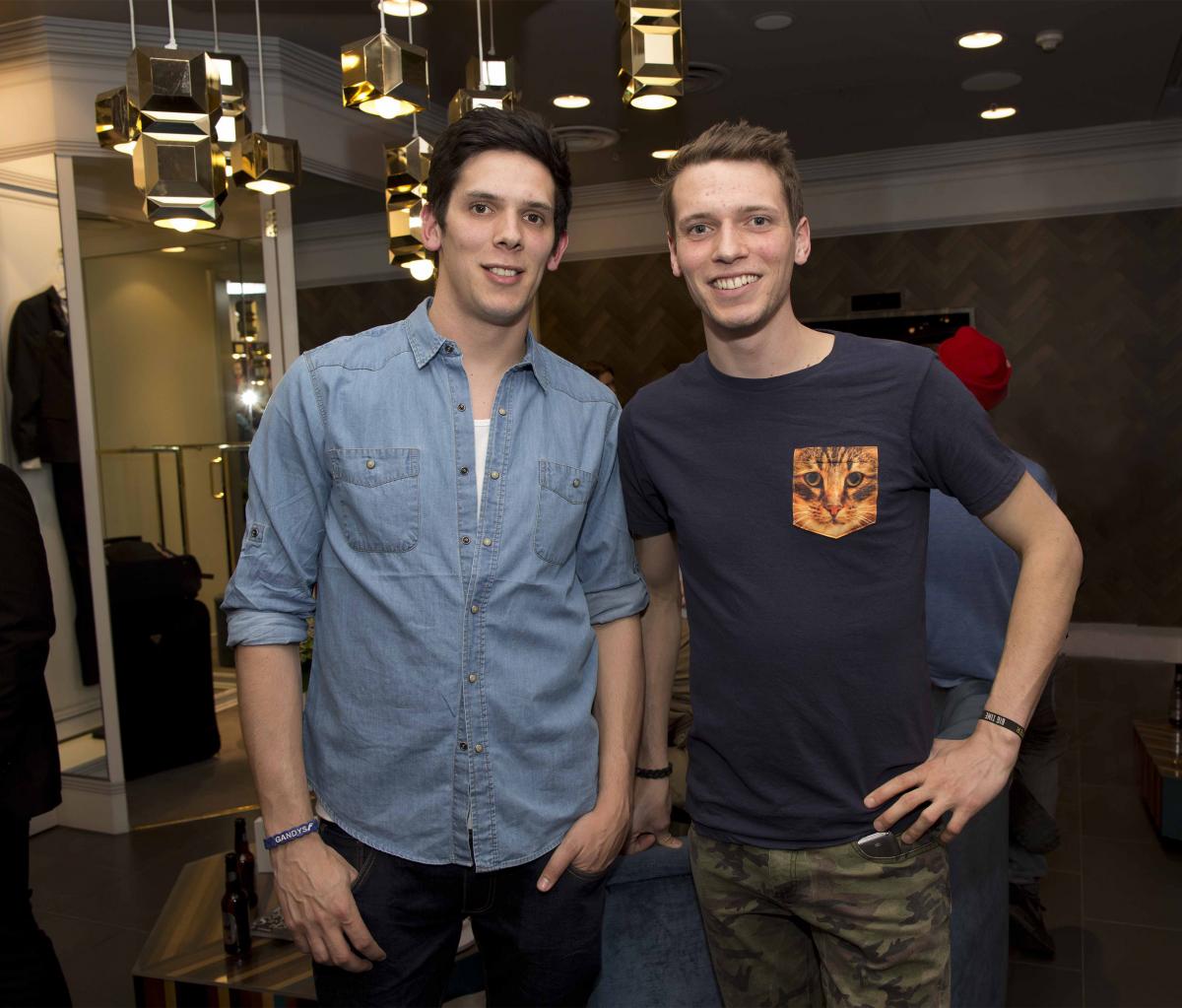 Rob Forkan (left) has been on an incredible journey. With younger brother Paul (right) he runs Gandys, which uses some of its profits to help orphans in India – just one reason this fast-growing brand continues to win admirers. Rob's amazing story, which includes surviving the 2004 tsunami that claimed his parents' lives, as told to Mark Williams, proves that some good can come out of the most terrible tragedy

Rob Forkan was born in 1987 in Carshalton and grew up in Croydon. "Our upbringing wasn't unconventional," he says, "but mum and dad always encouraged us to go outside and play. Being a couch potato wasn't an option."

Kevin and Sandra Forkan were compassionate, fun loving and generous parents. "Mum was creative; dad was good at business. They met while working for a car dealership. Later, they ran their own business, selling end-of-line clothes via fashion shows at universities, schools and hospitals. They'd donate back money raised from ticket sales and raffles."

Rob didn't have any career ambitions as a child, but showed some entrepreneurial instinct. "I remember going out to earn money from washing people's cars and I did a paper round."

The Forkans had six children – Marie, Joanne, Rob, Paul, Matty and Rosie. They enjoyed travelling and wanted their children to experience other cultures, so, in 2001, after selling their house, Kevin and Sandra took their youngest children out of school and headed for India, a place they'd fallen in love with on a previous holiday. The plan was to volunteer for humanitarian projects. "I was 13, Paul was 11, Matty was nine and Rosie just five," Rob remembers. "Marie and Joanne were older and stayed in the UK."

Despite the extreme hardship they witnessed the Forkans loved India and enjoyed mixing with local people. "We received a 'social education'," says Rob. "We were learning communication and negotiating skills and became very confident because we were mainly mixing with adults. There are many life skills that you're not going to learn from a school text book or classroom in the UK."

Shortly before Christmas 2004, the Forkans flew south to Sri Lanka, their destination, the Neptune Hotel in the small fishing village of Weligama. After a hugely enjoyable Christmas Day on the beach, horror followed on Boxing Day.

"Paul and I were sharing a room and it was just after 8.30am that I heard screams outside," Rob recalls. On seeing water trickling under the door, he shouted to Paul. Then, the full force of the tsunami hit Weligama, with a 20-foot wave devastating the hotel, sending water raging through every room. "We had to fight for our lives," says Rob.

He managed to get out of the room and onto the roof, dragging Paul with him. Nearby, while making sure Matty and Rosie got to safety, Rob's parents were swept away by the water's force. That was the last time he saw them alive. Kevin was 54 years old; his wife Sandra, just 40.

Mercifully, all four children survived. And while bruised, battered, hungry, exhausted, barefoot and traumatised by what had happened, they managed to hitchhike 120 miles to the international airport in Colombo. "Because we'd been out there doing what we were doing, we'd toughened up a lot," reflects Rob.

Some time after flying back to the UK, eldest sister Marie (then 21) adopted her three youngest siblings (Rob was too old for adoption) and they went to live in Farnborough in Hampshire. Rob worked briefly as a lifeguard on Bournemouth Beach, before moving back to Farnborough and finding jobs in customer service and advertising/marketing account management.

Neither Rob nor Paul had lost their wanderlust and they explored many countries in South East Asia, as well India, Australia, New Zealand and the USA. Most of the time they wore flip-flops – a symbol of their freedom. Having trained to be a plumber, Paul ended up in Australia, doing various jobs to get by. But inspired by their parents, Rob and Paul remained free spirits.

"Despite everything, I still wanted to make a difference," Rob explains. "I wanted to start my own business and create a brand that reflected our upbringing and the outlook our parents gave us. Many families were devastated by the Tsunami, and many children, like us, were left orphaned. They didn't have the support we had. I wanted to help."

After a heavy night at a music festival, Rob woke up with a terrible hangover. "I remember saying I had a 'mouth like Gandhi's flip-flop'… That was it! Not only did I have my business idea, but also the beginnings of a brand name. Later I rang Paul and he loved the idea. Soon he returned to the UK and in late 2011 we launched the business – Gandys – from my flat in Brixton. We changed the name because we didn’t want to cause any offence."

From the start, the Forkan brothers decided to give a percentage of their profits over to building orphanages in India as part of their 'Orphans for Orphans' campaign. "The idea is to improve children's health and access to education," explains Rob. "Passion, change, hope and inspire are key words for us."

2016 was a watershed year for Gandys. They collaborated with Liberty London, the V&A museum and the Rolling Stones on limited edition flip flops - which are now being worn by over 250,000 'brand ambassadors'. They also extended the brand further by launching their first clothing range - which included jumpers, jeans and swimwear - and they opened their first stores. The Forkan brothers have ambitious plans for the years ahead too! In addition to their Kids’ Campus in Sri Lanka, they will be building a second campus in Lilongwe, Malawi.

Final question: would mum and dad be proud? Rob replies: "I get asked that a lot and always struggle to answer... I feel like we've only just started, so I'm not ready to step back and assess things. We have great products and a great brand, and I'm very proud that our success will help to improve the lives of children who really need that help. Our parents remain a great inspiration for us, too…. Would they be proud of what we're doing? Yes, I think they would..."

Is your business ready for the Great British Switch Off?
Freelancer fortunes improve as economic bounce back begins
Businesses struggle with multi-channel marketing
Small firms are struggling despite support schemes

Free guide to starting a business