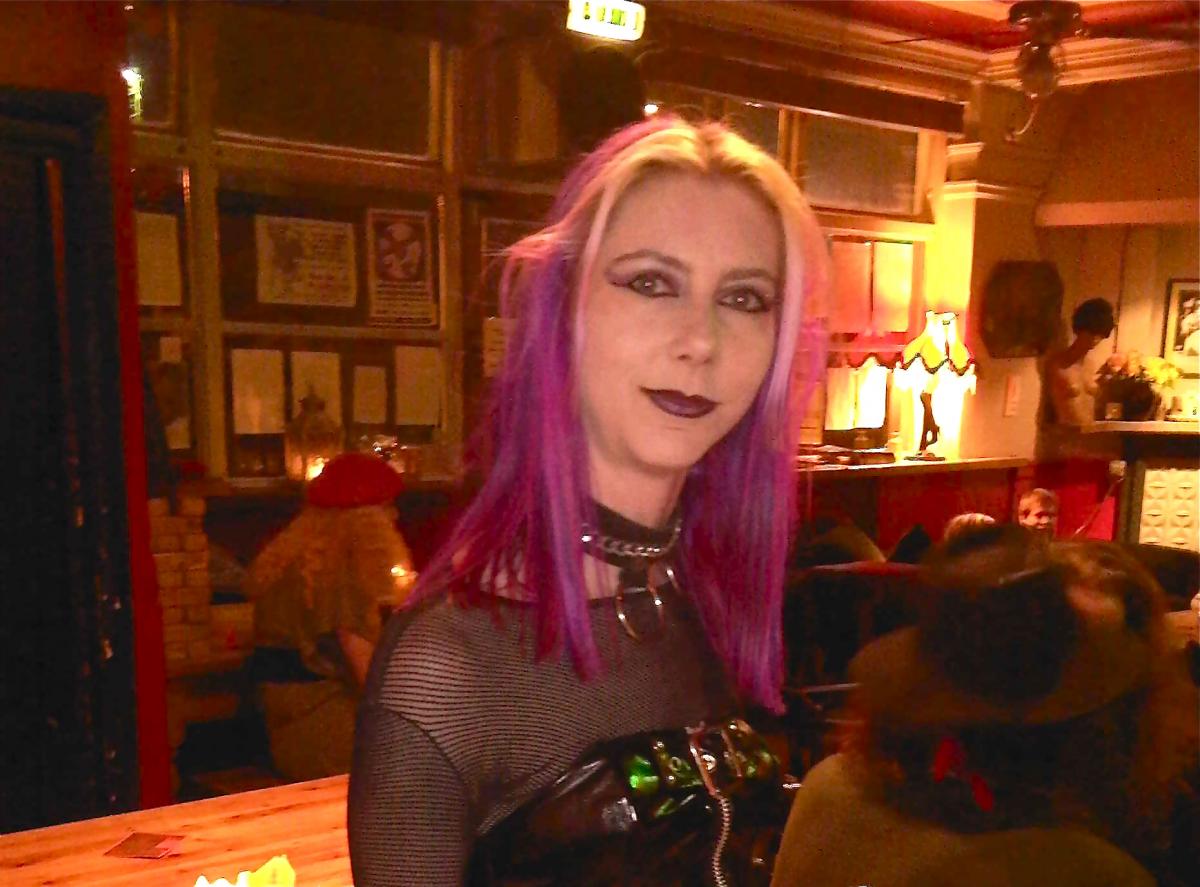 You don't come across many Goths who run their own accountancy practices. Meet Psyche Coderre, owner of London-based Death and Taxes, which provides accountancy services to small businesses ("alternative" and others). As Mark Williams finds out, not all accountants are boring

First things first... Psyche? "[Smiles] My name as a child was Jennifer, but when I was 16 I changed it," explains Psyche [pronounced Cy-key] Coderre. "It's from Ancient Greek mythology. Jennifer was so common when I was growing up and I hated Jenny and Jen so I thought I’d pick my own name."

Psyche was born in Boston, USA, in 1971. "As a child, I lived all over the States. I did well in school, but particularly loved music. I took piano lessons from the age of five until I graduated high school." Her English father was a pharmaceutical engineer who became a self-employed consultant. Psyche’s mother stayed at home to look after her three children. "I have two younger sisters - one's a nurse and the other works in the hospitality industry."

Aged 17, Psyche discovered alternative music. "I loved British bands such as The Cure, The Psychedelic Furs, The Cult and Sisters of Mercy. Also, I liked the 'Goth' look."

Psyche majored in political science and journalism at the University of North Carolina. "After graduating in 1996, I spent six years working as a journalist in [Washington] DC. I started at a small weekly paper, before moving to a legislative newsletter publisher. From 1999 to 2002 I worked at Washingtonpost.com, during such major events as the 2000 election and 9/11. After Bush was elected, I fancied a complete change of scene."

In 2002 Psyche moved to London, a place where she's always felt at home. Psyche temped for a while, before taking a job as a housing finance officer at Eaves Housing for Women, where she started studying for her Association of Accounting Technicians qualification.

Her extra curricular activities included promoting Goth club nights and playing in Goth bands. In 2007 she joined Habinteg Housing Association. In 2009, whilst working for the housing association, she started her own business, Death and Taxes. "I didn't want to go into management accounting and my appearance might have been an issue," Psyche admits. "I preferred financial accounting and tax work, and the idea of helping small businesses also appealed to me. Working for myself also meant I wouldn’t have to face the London rush-hour."

Psyche's firm quickly accumulated more than 40 small-business clients, most operating within the Goth/alternative scene. "My clients include tattoo artists, performers and promoters, but also people who aren't part of the scene." She doesn't wear full Goth make up during the day, but does wear black clothes and can't do much about her hair (even if she wanted to).

Not one to take herself too seriously, Psyche uses humour to market Death and Taxes. The business's logo is the Grim Reaper holding a calculator and the exclusively black and white website includes the strapline - Keeping You In The Black. "I take work seriously, obviously, but there's still a place for humour.

"My social and work lives do overlap and many of my clients are also friends, but that hasn't caused any issues. Being a Goth has brought me customers. I had enough initial interest from other Goths and alternative people to establish my business, and doing another job part time lessened the financial risk. People have really responded well to the idea of a unique accountancy practice and an accountant who doesn't fit the safe, boring and humourless accountant stereotype," she smiles.

Poll finds many small firms think MTD does not apply to them
As the going gets tough, shoppers rally around small firms
New push for faster SME payments as costs soar
Untapped tech adoption could boost UK economy by £232 billion annually

Boost productivity and get the job done