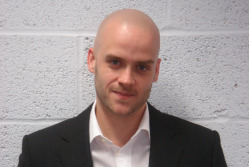 Henry Buckley is the entrepreneur behind the highly successful leaflet delivery firm, JogPost. As this innovative business continues to expand, Mark Williams finds out what inspires him and what plans he has for the future

"I was 12 when I decided I wanted to become an entrepreneur," recalls Henry Buckley. "But even then I knew it was all about having a good idea. Success rests on coming up with something new."

Henry's biggest brainwave to date has been JogPost, a door-to-door leaflet delivery company that employs runners - providing them with a chance to train while they work and offering fast delivery to a wide range of clients.

"We're the only company that employs runners, which means we offer a quicker and more cost-effective service," Henry explains. "The other big selling point is that we offer a totally environmentally-friendly solution. As a business, we’ve made a commitment to offset at least twice as much carbon as we use."

JogPost started in 2008 and has gone from strength to strength. An appearance on Dragon's Den in 2011 brought Henry and his business partner JJ some valuable publicity - the Dragons said theirs was the best pitch they had ever seen.

Deborah Meaden was keen to invest but, despite the fact that the deal didn’t work out in the end, the company continued to grow. Today, JogPost delivers an impressive two million leaflets every week in London alone and has expanded across England.

Henry says new business ideas come to him continually. "My business partner, JJ, has been with me since we were 17. We must have started ten businesses together since then."

John 'JJ' Harding was another early starter, having been a Portobello Market stall-holder at just 14 years old. Both he and Henry feel that running a business is about more than just making money.

"With JogPost, JJ and I wanted to come up with a business that could also help tackle problems in the community," Henry elaborates. "We wanted to give jobs to the long-term unemployed and those who've recently arrived in the UK, many of whom are being paid slave wages by unscrupulous employers. Our customers like our business concept and our ethical approach."

Those customers include "most of the big pizza delivery brands including Domino's and Papa John's", says Henry. JogPost delivers for estate agents such as Winkworth and Savills, gym chains including Virgin Active and also counts many marketing agencies as clients.

Henry is proud of the fact that JogPost pays its delivery people significantly more than the National Minimum Wage, saying it attracts good people and encourages them to take pride in their work. "They're more likely to provide a great service. Happy staff are productive staff, plus people are more likely to stay with you if you treat them well."

His inspiration for his socially responsible business outlook perhaps comes from his father, an American investment banker who used his wealth to set up a charitable trust fund. "It helps to pay for houses for homeless people, and builds schools and medical centres in the developing world," Henry says. "That's what I aspire to. I want to help people who are less fortunate."

The lure of self-employment

Although he has been employed in various advertising, sales and marketing roles, by his own admission Henry struggled to last more than six months. "I've always been fired in the end," he laughs. "Seriously, some people just aren't cut out to work for others and I'm one of them. To quote Alan Sugar - it would take wild horses to drag me back to work for someone else again.

"Working for other people just doesn't give me the same fulfilment - it's too restricting. When I've worked for someone else, I've been bored and couldn't wait for the weekend. Now, when I get time off at the weekend, I can't wait to get back to work. I'm so happy.

"I've spent thousands of pounds creating this company, I work long hours, but it makes my life much more fun and interesting."

So what's next for this serial entrepreneur? JogPost continues to expand and day-to-day running of the business is now in the capable hands of managing director Karan Gavali, who started in the business as a marketing intern in 2010. "Karan is doing an amazing job running JogPost, so I am  working on several new businesses," says Henry. His latest projects include a hotel in Thailand and a range of children's books.

And personal goals? "I'd like to have enough money to help people in the developing world. I’ve seen how relatively small amounts of money can make a huge difference. Once I'm rich I want to dedicate my life to changing the lives of people less fortunate than me."

Manage your payroll with ease

Pay your team accurately and on time and complete HMRC submissions in just a few clicks with Sage Business Cloud Payroll.

New VAT deferral scheme opens
Has unemployment reached its peak?
Businesses look ahead to the road to recovery
Searching for the UK's small business heroes