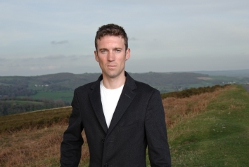 Falling out of love with life as a professional road racer led Yanto Barker to start his cycling apparel business Le Col. Ironically, raising the profile of his new venture rekindled the young Welshman's love for the sport. Mark Williams finds out how

Born in 1980 in Machynlleth in Powys, Yanto ("It's Welsh for Little John") Barker didn't start competitive road racing until he was 15, shortly after his family relocated from Wales to Devon. "I used to play a lot of football to burn off all this excess energy I had as a kid. I took up cycling when I was 13 and just loved it," he recalls.

Yanto was good at it, too. Having won the Junior British National Road Race Championships, he began competing in senior races aged 19 and was selected to represent Britain at under-23 level. "A year later I moved to Manchester to be nearer the national facilities and coaching staff there, but the funding was cut, so I moved to France to gain experience of continental racing.

"It was an ultra-competitive environment and I had to work extremely hard. In the end, I didn't get the pro contract I was after, but I became one of the best amateurs in France. At first, I was earning just £30 a week and struggled with the language, but my wages went up and now I speak French fluently. Overall, it was a great experience and I met some great people."

Yanto represented Wales in the 2002 Commonwealth Games in Manchester ("I was second-highest British finisher") and competed in Melbourne in 2006 ("Representing your country is always a massive honour"). However, he decided to retire from professional cycling.

"I retired on 25 March 2006 - the day of my last Commonwealth Games ride and I didn't get on a bike again for 18 months. I didn't have a good Games," he admits. "I wasn't as motivated as I should have been. I wasn't enjoying what I was doing and felt trapped. What with training and competing, there was little time for anything else. I was also worried I'd get to my mid-30s and not know how to do anything else or have enough money to retire. So, at 26, I decided to reinvent myself."

Yanto moved back to Devon. "I was living with my then girlfriend; her house was big and her family needed someone to maintain the gardens. I did that for six months before moving to London to work for a cycling PR company. I left after five months to became an estate agent…which only lasted five months… but I was gaining experience. I was trying to find out what I genuinely wanted to do."

Finally, Yanto decided on property development. "I thought I'd be good at it, but it was a brave decision - I didn't have any capital or experience. I managed a few building jobs and renovation projects, but the hours were long and often very stressful. It couldn't last."

Yanto was forced to think again. He wanted to do something creative that would enable him to use his knowledge. "My girlfriend suggested designing cycling clothing. Perfect. If it didn't work, I could do something else.

"In April 2008, I began doing sketches and researching fabrics. I knew there was a gap in the market for cycle clothing for serious amateurs that functioned well, were durable, fitted properly and looked good. A lot of the stuff that was available looked hideous, plus it's cut for professional cyclists, who are naturally skinnier. I wanted to create a cool, desirable brand - clothing people would want to wear, not have to wear."

Following extensive prototype development, the first finished clothing items arrived in September 2009. "I used my savings and borrowed the rest from friends to fund the launch. The more I did, the more determined I was to get the business off the ground."

Yanto then registered his new business - Le Col. "There were skeptics: it was a big challenge, but sales were good. The key challenge was to get the function, look and price of the clothing right. I rode almost 9,000 miles in prototype clothing, so I knew how good the product was. As a professional athlete, I knew what performance criteria were required.

"I also understood the market well enough to know what the price points should be and who the customer was – the type of amateur who might spend three or four grand on a bike. My products aren't cheap, but they're high quality and you get what you pay for." 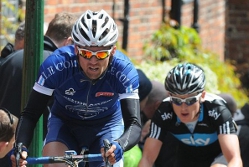 To help raise the brand's profile, Yanto returned to professional cycling in 2009. "I registered the Le Col team and we raced on Colnago bikes. In 2010, Pendragon Sports came on board as a sponsor and we scaled the team up. I'm was really enjoying cycling again," he smiles.

Yanto believes there is a strong crossover between pro cycling and running a business. "They both require careful planning and taking a strategic, structured approach. You need a lot of discipline and motivation, too. I worked with some of the country's top sport psychologists and learnt a lot, which has certainly helped me in business."

A self-confessed list-making addict, Yanto sets goals for every six months. "I know exactly where I want to be next year, the year after, five years, ten years and 20 years down the road."

He always hoped he'd earn enough from cycling to retire at 40. "It didn't quite work out that way, but in a way I'm glad. Running a business is fascinating; I love working with different people, it makes things interesting. I also enjoy the daily challenges and huge satisfaction that comes from pushing yourself to reach a certain stage before moving on to the next – it's just like road racing."