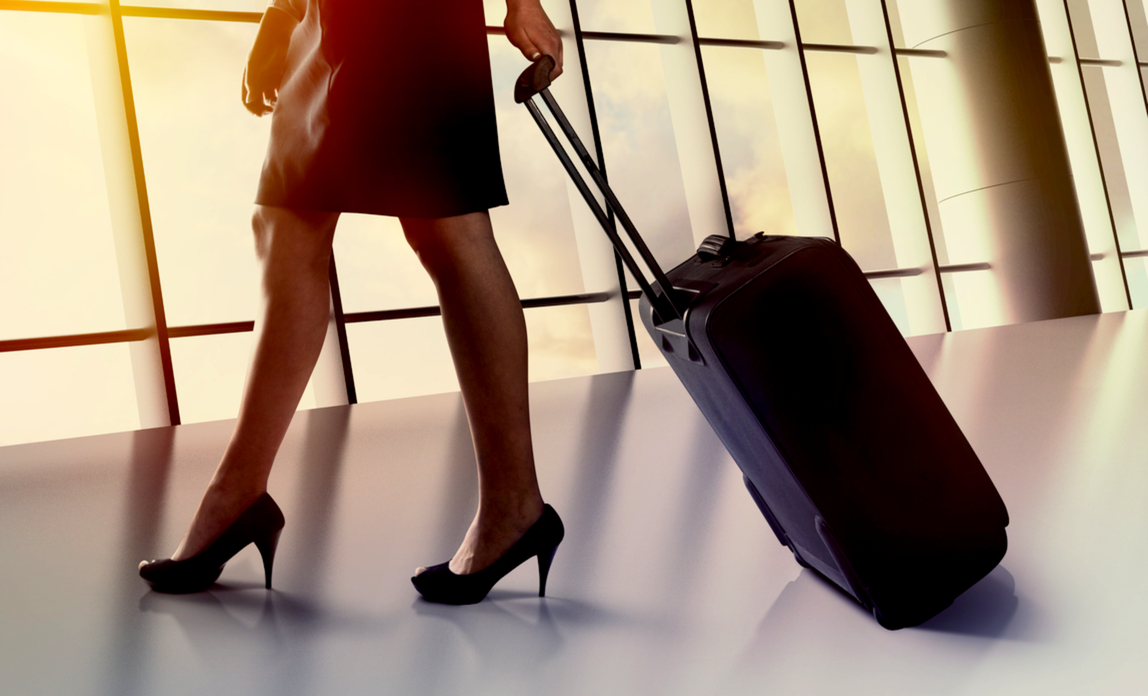 "Send My Bag is an online luggage shipping and delivery company that offers an international, door to door service. Basically, for a fixed fee we collect luggage and deliver it wherever it needs to go."

"Initially the service was aimed at students who needed to get belongings from their family home to their halls of residence and vice versa at the beginning and end of term time. The company proved such a hit that it is now an industry leader.

"Send My Bag takes the hassle out of moving stuff on public transport, which is hard work if a student lives a long way away from their university. At the very least it can save mum or dad a very long drive.

"There's a cost issue, too. If a student wants to fly home with heavy cases at the end of the year, they'll have to pay excess baggage, which isn't cheap.."

"I came up with the idea for my business when I was in Oxford visiting my girlfriend, who was studying there. To get back to Northern Ireland, where we're from, we had to get from her halls to the coach station in Oxford with three heavy suitcases, then travel by coach to London to the airport, and from the coach stop to check-in. It was hard going, to say the least.

"At check-in, we were hit with a hefty bill for excess baggage. I thought: 'what a rip-off'. Now it's even worse - with the budget airlines you can hardly take anything on board unless you pay extra.

"I was angry and spoke to other people on our flight, many of whom were also students going home for the holidays. Many of them had also been forced to pay excess baggage - what other choice was there?

"On the plane, I began thinking of an alternative solution. Midway through the short flight, I had the answer: courier. I scribbled down some numbers to assess whether the idea was viable; £20 to £25 per case seemed affordable. It was about half what they would have to pay otherwise - either for excess baggage or on sending stuff by post."

"I know market research is important, but with what was to become Send My Bag, I knew there was demand - I'd spoken to enough disgruntled people in the airport.

"Neither I nor my girlfriend nor any of our student friends knew of any existing service. I did some online research and couldn't find anyone, so I was confident there was no competition.

"I asked various national couriers for quotes - without revealing my business idea, of course,. It turned out I could indeed charge £20-£25 per item and still make a profit.

"Within days I'd put together a business plan. I had a basic website built, and away we went - it cost me about £100 all in. Admittedly, our market research wasn't comprehensive, but because my start-up costs were low, I took the plunge.

"One week later we were profiled on TV in Northern Ireland, and we began to receive enquiries. It was exactly the right time of year, so we were lucky."

"Before launching, I tried to think of reasons why the business might not work. I've also had people ask me: why don't students simply just send their own luggage by courier? Well, it will cost them more, plus they'll have to put in the time and effort. On our website all you need do is follow three easy steps.

"Lastly, our service is ultra-reliable - why would someone bother doing it themselves when they might not get their stuff as quickly?

"Students are our target and core customers, but we attract business from other people, too. The business goes from strength to strength, but that's only been possible because my initial idea was a good one."

How a mother and son built their successful travel business
Ten steps to developing your big idea
What lessons can start-ups learn from Dyson?

Freelancer confidence rises in spite of challenges
Poll finds many small firms think MTD does not apply to them
As the going gets tough, shoppers rally around small firms
New push for faster SME payments as costs soar

Boost productivity and get the job done