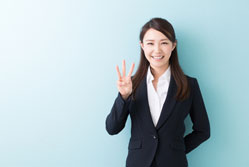 The results of Richard Wiseman's experiment are widely known; 88% of those who set New Year's resolutions fail to achieve them. The question is why? And what can we learn from those who actually achieve their goals?

In addition, when you set yourself more than you can achieve this can impact your self-belief, which demotivates you. It is far more productive – and preferable – to set yourself up for a win so that you can celebrate that win and, with confidence, move up to achieve the next level.

2. Baby steps to habits, not resolutions

To give yourself the best chance of achieving them, you need to understand the distinction between a resolution and a habit. A habit is when you perform a very specific behaviour and set a very specific goal associated with that behaviour.

So convert those abstract resolutions into habits you wish to create.

The idea is to break down lofty goals into actions that only take a few minutes to achieve every day. By doing it regularly, those actions become habit that you continue easily.

When these actions become habit, less will power is required and you naturally avoid cognitive overload. You can then devote your cognitive load to creating the next small habit that furthers the ultimate goal.

When you write down your goals, you become more committed to them.

Our clients meet every quarter at a strategic planning day; they fill out a goals template and we hold them accountable. This act of reviewing goals every quarter instills a habit that has resulted in significant achievements towards the ultimate goals of every participant.

This is not just "corporate fluff". In her TED talk, social psychologist Emily Balcetis shows that if you focus on the end goal, you literally feel like it is easier to achieve. Writing it down helps with that focus.

During a study at Dominican University a wide variety of participants were chosen and separated into five groups. The first group simply thought about their goals. Groups two-five progressively took greater action towards committing to those goals:

Group one performed weakest, with a 43% success rate, compared to the average goal achievement of 64% of groups two-five.

Groups four and five achieved greater results than the other groups, with 64% and 76% achievement rates respectively.

This shows that not just writing goals, but also accountability can help in actually achieving your goals.

This study provides evidence for the effectiveness of three coaching tools: accountability, commitment and writing.

Every person and every business is ultimately different. However, these are three actions that have worked well for me personally and for many other successful people. So, if you have not tried them yet, it is worth giving them a shot because they work!

Copyright © Shweta Jhajharia 2016. Shweta is a multi-award-winning business coach and founder of The London Coaching Group.

New initiatives put small firms in the spotlight
Revealed: the best UK cities to start a side hustle
HMRC warns tax-payers to watch out for scammers
Real Living Wage increases as more employers join the scheme