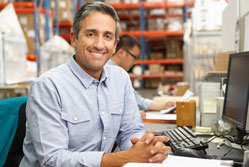 The New Year often means a review of what we want out of life and whether the time has come to take a risk and start that business you've often dreamt of. The recent recession saw record numbers of entrepreneurial start-up launches and this trend shows little sign of slowing down. What are the key statistics you might want to look at before taking the plunge?

Strike in your thirties?

Statistically, if you think you have found the perfect concept and formulated a sound business plan, and are in your thirties, then your start-up is more likely to succeed. That's what figures from a range of sources including Companies House, The Telegraph and Barclays tell us.

Whatever lies behind this age bias, be it energy, financial resources or simply enough experience of success and failure, the stats seem to favour this stage of life. Don't be disheartened, though, if you're younger or older than this - there are plenty of examples of success outside this peak bracket too.

Global figures published by Mashable indicate that the majority of the most successful new start-ups are launched by former CEOs and business founders. So, if your last concept didn't quite come to fruition or you have been burnt in the past, the figures indicate that you certainly shouldn't give up. Tenacity and an ability to learn from past mistakes could stand you in good stead.

Although the financial rewards of going alone may seem appealing, going solo can be hard work.

As well as sharing resources, having someone else to bounce ideas off and conceptualise plans gives you a fantastic alternative perspective. Even Bill Gates and Steve Jobs had business partners. If you are launching a start-up in 2016, don't let your ego get the better of you - two heads may well be better than one.

Our final tip for anyone contemplating their own start-up in 2016 is to think about location very carefully. On straight numbers, the majority of successful businesses hail from London, Birmingham and Manchester.

However, if you want to make your start-up as successful as it can be, then you really need to be in front of your demographic wherever that is. Do your research and find out exactly where the largest proportion of your target audience is going to be and then make sure you have a physical or online presence that can reach that audience.

Blog provided by Sage One online accounting and payroll software.